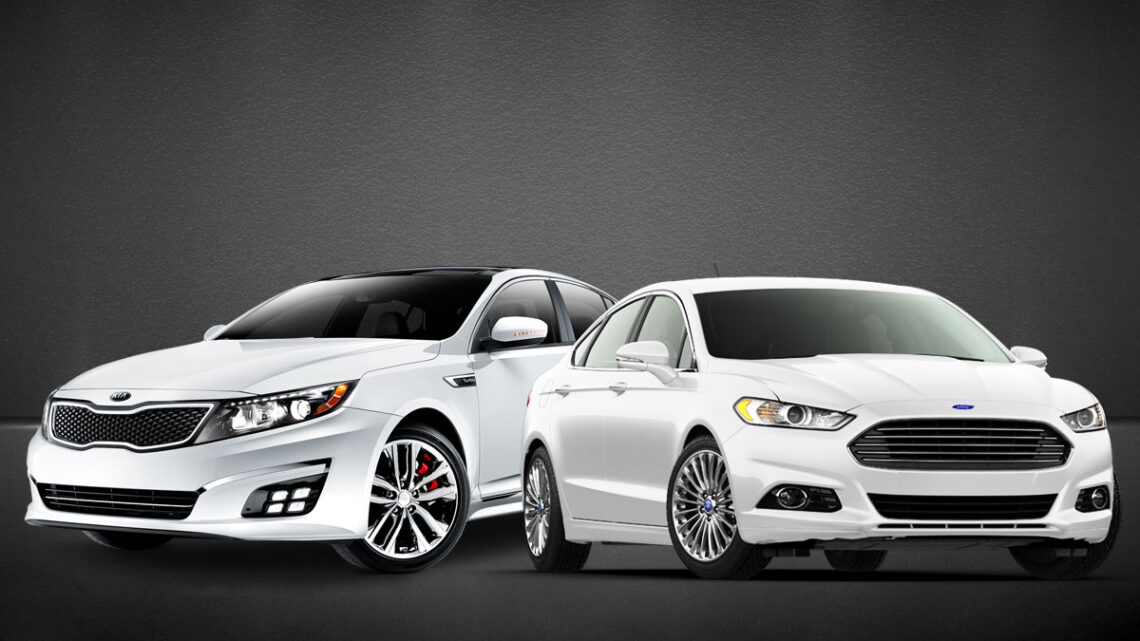 Family sedans are a staple on American roads. With space, efficiency, and performance, these cars have been powering people across highways and city streets for years.

Two of the most popular sedans on the market are the 2014 Ford Fusion and the 2014 Kia Optima, but deciding which one choose can be difficult.

However, when breaking the cars down into three specific and important categories, it becomes clear that the 2014 Ford Fusion can’t live up to the standard set by Kia.

Superior Interior:
What makes a truly enjoyable driving experience? Many people would argue that a well-designed, comfortable, and functional interior is the most important part of a vehicle. If you think this way, then you’ll find the 2014 Optima much better than the 2014 Ford Fusion.

The convenience layout and easy-to-use features make the Optima a great choice, while the 2014 Fusion was criticized by many sources, including Consumer Reports, Kelley Blue Book, and US News, as having a confusing and clunky interior. US News even said that the 2014 Fusion has a “bland, uninviting interior styling”.

Engine Performance:
Maybe you’re the kind of person who thinks that engine performance is what really makes for enjoyable driving. If so, you’ll still be happy in the Optima. The 2014 Optima’s 2.4L four-cylinder engine delivers 192 horsepower and 181 lb-ft of torque. The 2.5L engine in the 2014 Ford Fusion, however, only picks up 175 hp and 175 lb-ft of torque.

By the way, the Optima’s more powerful engine still matches the 2014 Ford Fusion in fuel-efficiency with 34 mpg highway.

Standard Safety:
All the features and engine power in the world won’t mean a whole lot for a family sedan if the car doesn’t have excellent safety features, and this is one category where the 2014 Optima excels.

The IIHS named the 2014 Optima with standard equipment a Top Safety Pick. While the Ford Fusion was also heralded by the IIHS, it is important to note that the Fusion’s rating “applies only to optional front crash prevention models”. In other words, you’ll have to step into a more expensive model to receive a high-standard of safety. This is not the case with the 2014 Optima.

Final Verdict:
While the 2014 Ford Fusion is a great vehicle, it simply can’t meet the higher standard of the Optima, especially in the key categories that drivers need most.

Interested in trading for a Kia Optima? Fill out a Kelley Blue Book Trade-In Form and see what your trade is worth.