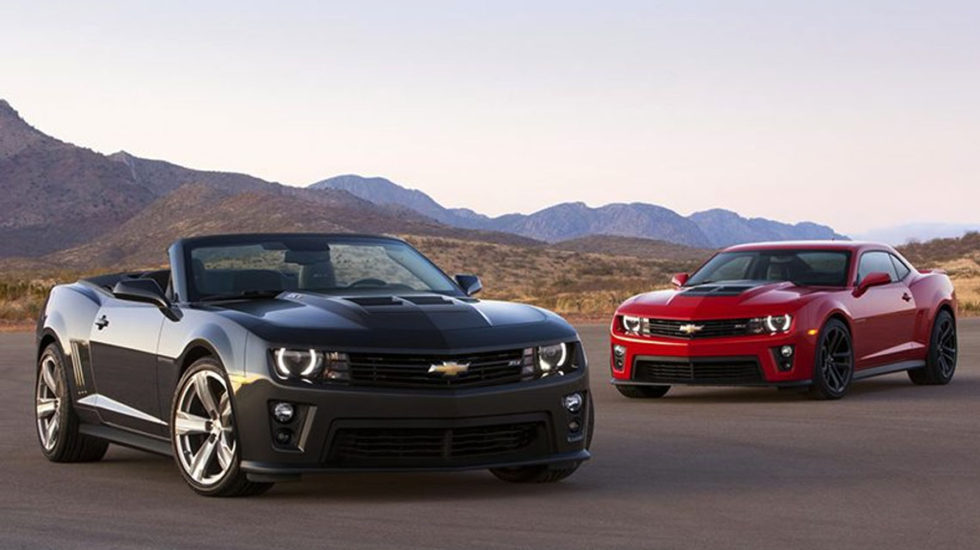 The 2012 Chevy Camaro ZL1 is the street-legal race car that’s bold and audacious enough to feel like it isn’t quite so street legal. Built to compete with and beat some of the planet’s most powerful supercars, the ZL1 delivers world-class performance at a fraction of the price, and the manners to be driven every day.

Truth be told, there isn’t a whole lot you can do in just under four seconds. In fact, that’s probably about how long it took you to read that last sentence. But behind the wheel of the 2012 Chevy Camaro ZL1, that’s just about the time it takes – a mere 3.9 seconds – to accelerate to 60 miles per hour from a dead stop. As the highest-performing production Camaro ever built, the staggering specs of the ZL1 stack up favorably against revered supercars like the Audi R8 GT, the Mercedes SLS AMG and the Maserati GranTurismo, but Chevy’s triumph rolls onto the track with a price tag far less than half of those of the imports: $54,095 MSRP.

Indeed, you can, quite literally, drive the 2012 Camaro right out of the showroom and onto the track. After all, the ZL1 was painstakingly perfected and endurance tested on some of the world’s most demanding racecourses, like the Milford Road Course and Germany’s Nürburgring, and designed to be driven harder and faster than any other production vehicle in the Chevrolet arsenal.

At its heart are a 6.2-liter SC V8 aluminum-block engine and an intercooled 1.9-liter Eaton® supercharger for impressive, sustained thrust and force. Matched with an available Hydra-Matic® automatic transmission with TAPshift® mode or the exceptional Tremec® six-speed manual with short-throw shifter and twin-disc clutch, the V8 makes a staggering 580 hp and 556 lb/ft of torque, and reaches a top speed of 184 mph.

The ZL1 fuel system gets added pickups, to ensure every drop is used to its full potential, while a powerful dual-mode exhaust generates brilliant sound (even at idle) and even finer flow. The powertrain is equipped straight out of the factory with auxiliary fluid coolers, like a liquid-to-liquid engine cooler, an otherwise additional expense in most other vehicles of Camaro ZL1 stature. Both transmission options feature advanced cooling as well, and literally every facet of the vehicle’s striking body has been designed with air cooling (notice the prominent Mohawk extractor on the hood), aerodynamics and downforce in mind. 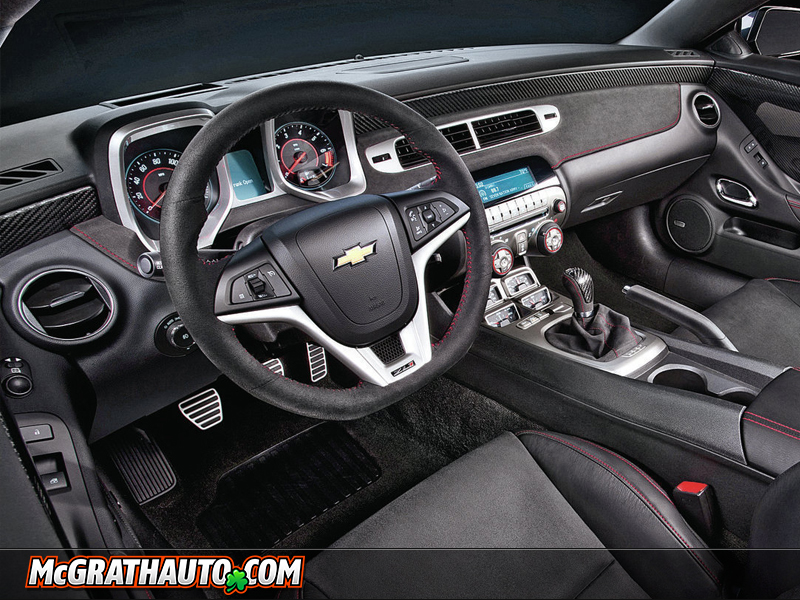 Chevy supports the raw power of the Camaro with a steering system both worthy and capable of corralling it. Near perfect front-to-back weight distribution allows the nicely balanced ZL1 to command city streets and track hairpins alike with confidence. Stabilizer bars have been completely redesigned to cut down on roll, while new springs ensure a low center of gravity. Mounts, dampers, bushings and tires have all been specially tuned to deliver superior, ZL1-caliber performance. The Camaro ZL1 also gets the latest generation of the Chevrolet advanced Magnetic Ride Control system, which actively adjusts damping up to 1,000 times per second based on one of three distinct and selectable modes: “Tour,” “Sport” and “Track.”

Part of the grueling testing process to which the ZL1 was subjected was to ensure perfection of the steering control in the Camaro. The 2012 ZL1 has an advanced Performance Traction Management system designed to deliver ideal grip from a dead stop (with spin-reducing Launch Control) and around tight corners (with Traction Control and Active Handling). Right out of the showroom, 20-inch forged-aluminum wheels (in one of two styles) get specially designed, second generation Goodyear® Eagle F1® SuperCar® tires, along with massive Brembo® brakes with 14.6-inch rotors, six-piston monobloc calipers and track-ready cooling ducts. The result is the most responsive, asphalt-gripping driving experiences ever integrated into an off-the-line Chevy vehicle.

The entry model 2012 Chevy Camaro has the soul and spirit of a certified supercar; the ZL1 model has the painstakingly tuned body, components and specs of one. Quite simply, the ZL1 is the most powerful and aggressive track-ready Chevy ever built, and it can be yours at a fraction of the cost of most of the imports it laps. Visit soon for more information about the new Camaro ZL1, and to see one for yourself.