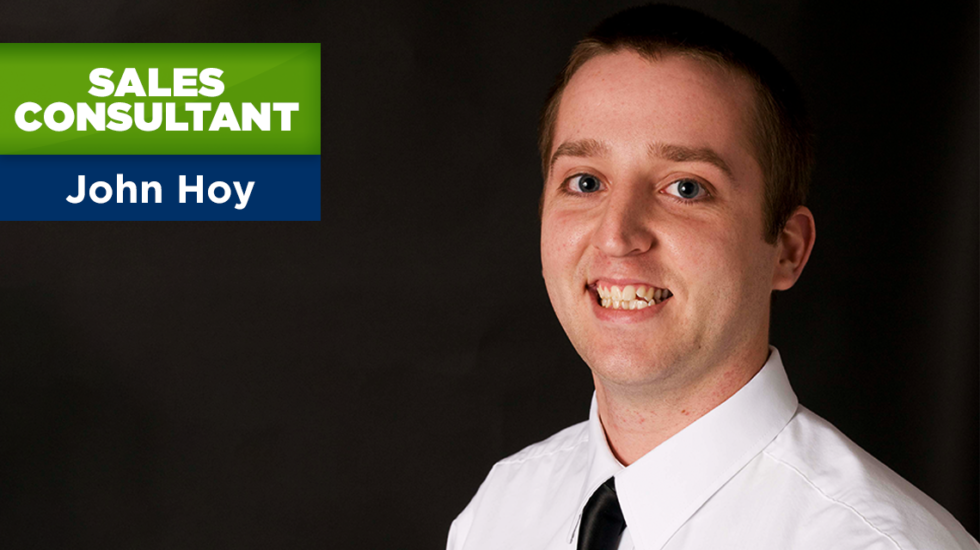 John Hoy has been a sales consultant with McGrath Auto for a little over 14 months, coming to us from Mercy Medical Center where he was a dietician. In his free time, John enjoys playing golf and is a member of the Team McGrath golf team which participates in charity golf outings and events.

When John first arrived at McGrath Auto, he was trained by Coralville Used Car Assistant Sales Manager, Mike Eden. John believes that part of his success here at McGrath is due to the influence and training that he has received and still gets from Mike. When days are rough and things are stressful around the store, John knows that he can turn to fellow sales consultant, Brett Kedley, for a few laughs. John, as well as a couple of his fellow coworkers, all agree that Brett’s personality reminds them of Kramer from Seinfeld, they all laugh just thinking about it.

After John had mentioned Brett, he started to laugh and asked me if I wanted a good laugh as well. He then told me of an embarrassing moment he had at work:

As John was about to get into a car with a customer to show them the interior of the vehicle he hears a loud rip. He looks down right away and realizes that sound was coming from his pants and he had ripped them in an unfortunate spot.

Once his laughing calmed down from his first story, John was wanting to share with me another experience he had at McGrath Auto, but this one was a little more memorable for John. 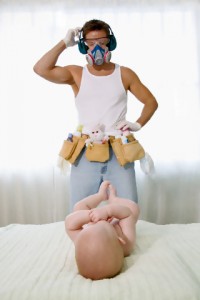 On a day just like any other, John was helping a customer decide what vehicle was best for their needs. John stepped away from his desk for just a moment to grab information for the customer and when he returned, he had a surprise on his desk. While gone, his customer realized their baby’s diaper needed to be changed. So up onto the desk went the baby, and when John returned, he was greeted by a really stinky mess. Once the baby was taken care of, both John and the mother had a great laugh and continued to work together to find the right car for her.

“That was a customer and a moment at McGrath that I’ll never forget!”

After days like that, John likes to head back to Cedar Rapids and go to his favorite hangout, Tailgators. This is where he can relax with friends and share stories, just like the ones he mentioned earlier. If the day wasn’t full of laughs and the couch sounds more inviting, John likes to pop in his favorite movie, The Departed.

To learn more about John Hoy, head out to the Coralville Used Car Superstore and say “Hi”! He’ll be happy to take you for a tour around our lot!