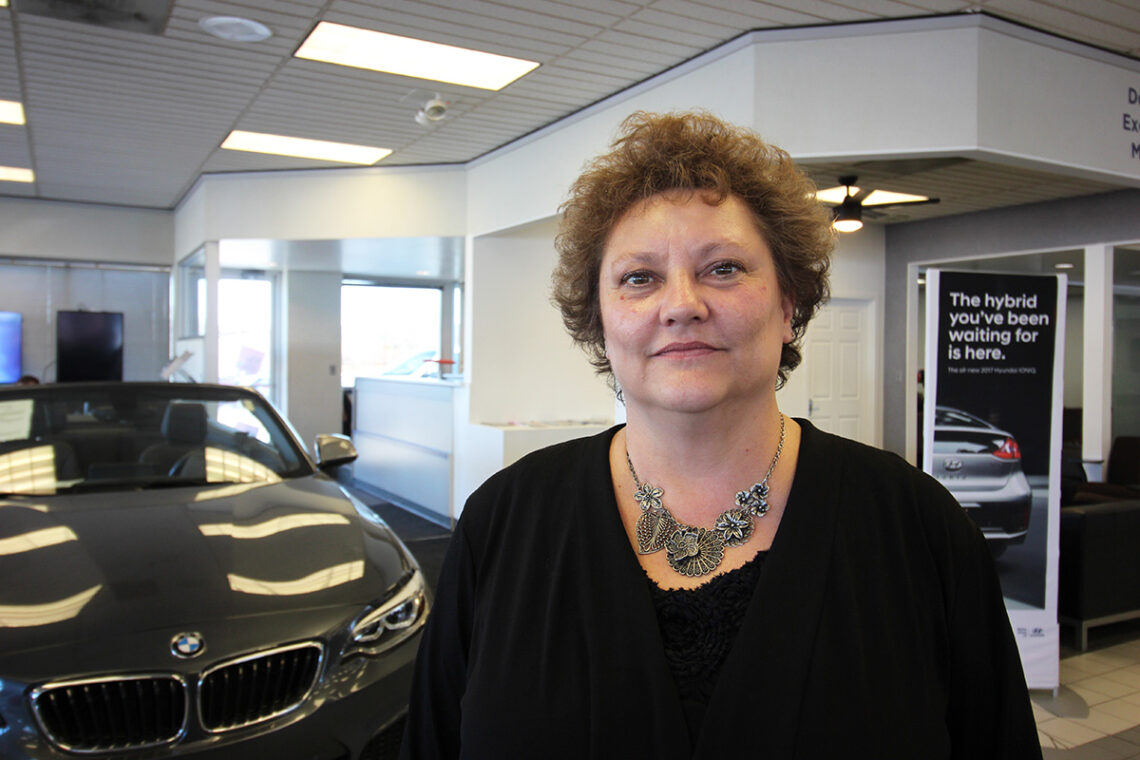 Meet Emerging Leader, Sue Snitker! She’s our Assistant Human Resource Director at McGrath Ford and has been with us for over three years!

She is married to her husband, Doug, and they have one son, Skylar. Doug and her live on an acreage outside of Center Point. They have a male Silver Lab, Hunter, and a female White Golden dog, Callie. Currently she has four cats! She grew up on a farm outside of Ely, IA where they raised a huge garden, had cows, pigs, chickens, and more. She attended Prairie Schools and then went to Kirkwood Community College for Accounting. She later went back for Construction Management. She has served as President of the National Association of Women in Construction in Cedar Rapids, Iowa City, and Marion. She has also served on the Linn County Board of Appeals. These days she’s a little more laid back enjoying time with her family and pets!

When Sue isn’t working she is spending time with family and their animals. She also enjoys fishing, scrap booking, reading, and gardening!

Sue wanted to become an Emerging Leader because it’s that added touch that she needs and always needs to work on.

When it comes to leaders Sue sees her father as the biggest leader in her life. He raised her to learn everything male and female. He told here that she could do whatever she set her mind to. Anything you want to do bad enough, you will do it. Her father was a hard worker with a good value system. She has adapted that and passed it onto her son.

Sue would like to see Stacy Jones apply for the next Emerging Leaders group.