Home » Moving Up at McGrath! 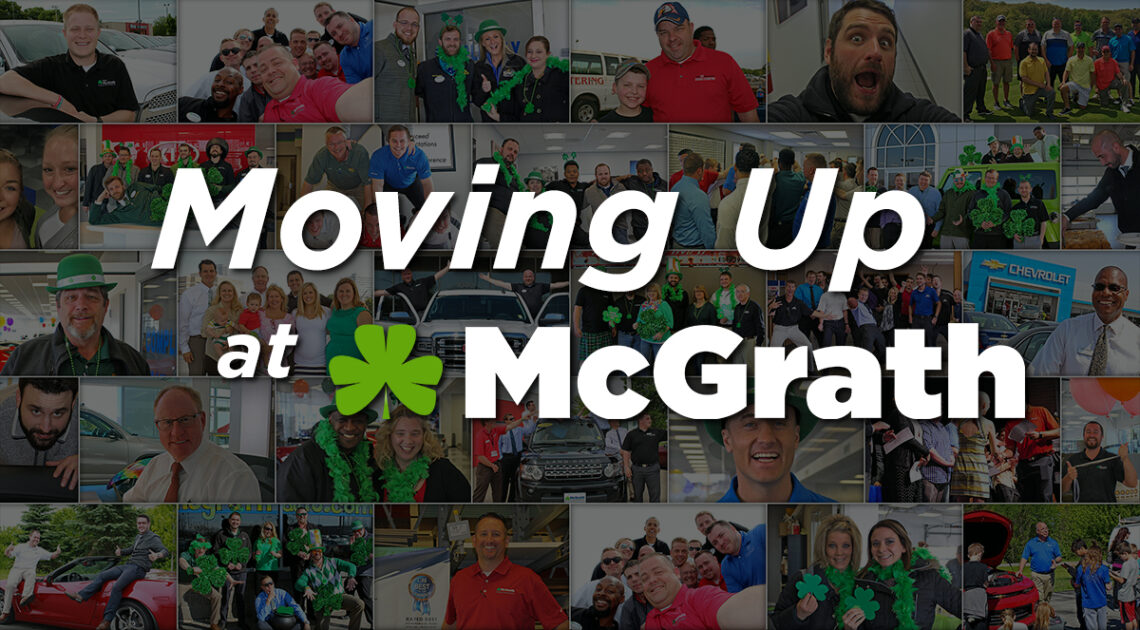 We are proud to announce that four of our team members have earned promotions in the last few weeks!

Megan Stealey started in February of this year as a receptionist at Pat McGrath Dodge Country. She has a great personality and it was no surprise when she was promoted to our Fleet and Commercial Administrative Assistance! Congrats to you, Megan! We’re happy to have you on our team and look forward to seeing what your future holds.

Kattie Wurster started in February of this year and is quickly moving her way up. Kattie works at Pat McGrath Dodge Country where she started as a Sales Consultant. In lieu of her continued hard work and passion she was promoted to the Business Office Manager. Congrats to Kattie! We look forward to watching you grow and do great things. You’ve made us very proud Kattie.

Mason Schultz, one of our Emerging Leaders, has also been promoted in the company. He first started at McGrath in March of 2016 as a Sales Consultant at Pat McGrath Chevyland. He wasn’t in that position long until he was promoted to the Business Office Manager at Pat McGrath Dodge Country. Fast forward to now where he was recently promoted to a Sales Manager at McGrath Kia. Congrats Mason! You’ve proved your hard work and dedication over and over again. We’re lucky to have you on our team and look forward to seeing you grow.

Taylor Stoutner has been with us since July of 2014. He has continued to climb the ‘ladder’ and show what hard work and dedication can do. He started off as a Sales Consultant, was shortly promoted to Special Finance Manager, and then to a Sales Manager at McGrath Kia. This wasn’t the end of his promotions though. Last week Taylor was promoted to Sales Manager at Pat McGrath Dodge Country. It takes true determination, dedication, and perseverance to consistently improve and better yourself. Taylor has proved this over and over again. We’re very proud of who Taylor has become and how hard he has pushed to keep moving forward. Congrats to you Taylor and all of your hard work! We appreciate everything you’ve done for us and can’t wait to see what else you have in store.

Want to become a part of our awesome team? Apply here