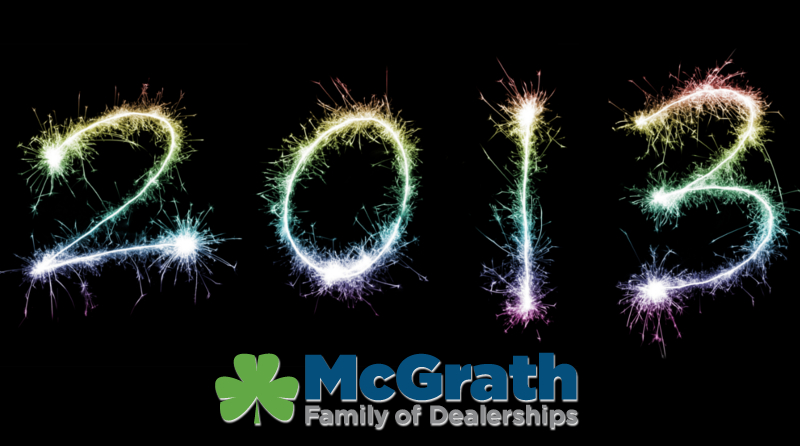 2013 was a great year for the industry, with historic breakthroughs, long-awaited model returns, and trailblazing awards.

With that in mind, we’d like to share the top automotive stories from 2013. So let’s look back at the year that was, and see which story ranks as the most significant of 2013:

10. Year of the Farmer: Ram trucks, in an effort to honor  America’s farmers and promote agriculture, launched the “Year of the Farmer” with a Super Bowl commercial featuring the voice late radio host Paul Harvey. The year-long campaign included contributions to agricultural education and vehicle donations to food production efforts.

8. Chrysler Group Advertising Excellence: The Chrysler Group, maker of Jeep, Dodge, Ram, and Chrysler vehicles, was head-and-shoulders the top automaker for ad spots. Favorites like Ram’s So God Made a Farmer and Jeep’s Whole Again touched an emotional chord with viewers, while funnyman Will Ferrel as Ron Burgundy had viewers and repeatedly returning to Dodge’s YouTube channel for a quick laugh.

7. Return of the Jeep Cherokee: The Jeep Cherokee, which had been discontinued in 2001, made its triumphant return to American streets in 2013. Although leaked images created a PR whirlwind for the Chrysler Group, an actual vehicle debuted amid the frenzy. The 2014 Jeep Cherokee has been a popular choice and a media favorite ever since.

6. 2014 GM Trucks Dominate the Headlines: The 2014 Chevy Silverado and GMC Sierra actually debuted in December of 2012, but they really became a staple of magazine and online headlines throughout the spring and summer of 2013. With heavy towing and advanced fuel-efficiency, the trucks were so heavily discussed that they were a favorite before arriving to our dealerships this summer.

5. All-new Impala Receives Historic Ranking: The 2014 Chevy Impala became the first car from the Detroit Three (Ford, GM, Chrysler) to lead the sedan segment. With an overall score of 95, the 2014 Impala was only topped by high-end, expensive luxury cars from Tesla and BMW, and tied by the Infiniti G37, which can run about $25,000 more than the Impala.

4. McGrath Amphitheater Opened in Cedar Rapids: McGrath Auto is proud to be a member of the Cedar Rapids community and was honored as to be associated with this family-friendly outdoor amphitheater. The spot made a small opening in late August and will see a long list of entertainment in the coming spring.

3. Marry Barra Named First Female Leader of Major Automaker: In one of the biggest personnel shake-ups in the industry’s history, current GM CEO Dan Akerson announced he would step down in early 2014, making way for Mary Barra, a GM lifer who will become the first female to ever head a major global automaker. Barra has an engineering background and has spent most of her career working in the company’s plants.

2. Ram 1500 wins Back-to-Back Motor Trend Truck of the Year: Thanks to a redesign for 2013, and a new diesel engine for the 2014, the Ram 1500 was able to claim one of the most prestigious awards for two consecutive years, the first time this feat has been achieved. Highlights of the Ram 1500 include the adjustable air suspension and powerful towing capability.

Another Great Year for Cedar Rapids and Iowa City

We are looking forward to serving the drivers of Cedar Rapids and Iowa City for another year.

We want to serve you this year, next year, and many years to come, so give us a call and learn about our great service and unbeatable inventory!

Want to start 2014 with a great new career? We are always looking to add to our team so fill out an Online Application and start your future with a wonderful company!